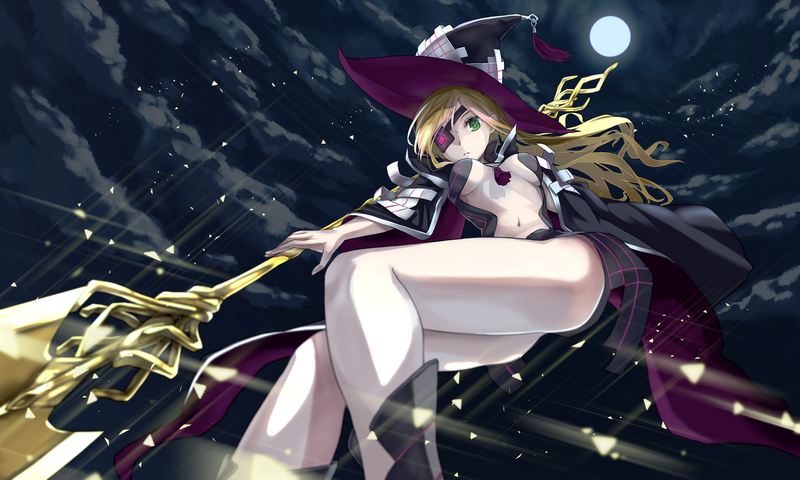 After subjecting Kamijou Touma to much suffering, the both of them later come into a mutual understanding of each other's situation, which later allows for Touma to save her from the destruction that was eating her body. She later becomes 15 centimeters in size with much of her former power gone, virtually harmless, after Touma saves her from killing herself after she believes she didn't deserve to be saved.

Origin: To aru Majutsu no index

Age: Unknown, probably at least thousands of years old (she was the actual person who inspired the myths of Odin)

Attack Potency: Unknown | High Complex multiverse level (Othinus created infinite universes containing at least 11 dimensions) | Multi-Planet level (her crossbow holds enough power to destroy one or two planets, even through it is so powerful, that instead of causing an explosion it would pierce right through them)

Stamina: Unknown | Limitless | Very Low (Is rapidly weakened through the Fairy spell, the spell is slowly killing her)

Intelligence: Incredibly high, and has a vast knowledge of science and magic

Gungnir (主神の槍 (グングニル) Shushin no Yari (Gunguniru), lit."Lance of the All-Father"): Othinus' spear, a 3m golden spear with a ribbon-like design intertwining with each other at the end of the handle and below the blade. With its help, she can manipulate probability, making it so that she has a 100% chance of success while using her powers through which she overcomes her previous 50% chance of success limitation. It is this weapon that makes her a full magic god. The lance itself has multiple properties as a weapon:

Key: 50/50 Othinus (without Gungnir) | With Gungnir | Under the effects of the Fairy Spell

Retrieved from "https://fictionalcharacterbattles.fandom.com/wiki/Othinus?oldid=13681"
Community content is available under CC-BY-SA unless otherwise noted.