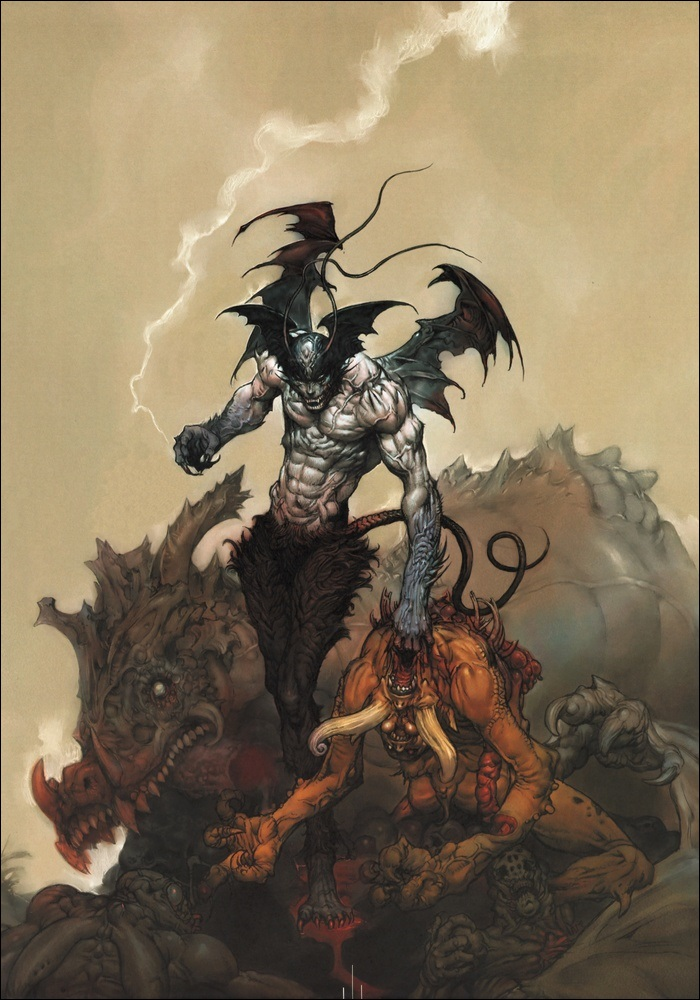 Akira Fudo, passive and weak-willed, after discovers the Earth is being invaded by demons, was convinced by his friend Ryo Asuka that the only way to stop the demons is to have him merge with one of them. Fusing with demon Amon, Akira gains the ability to transform into a super powerful, batlike demon – Devilman. When Amon was placed inside Akira's body, the human's pure heart allowed him to maintain his sense of self while Amon was buried within his host's subconscious. Akira made it his goal to protect humanity from the hordes of demons raising after centuries of hiding to wipe out the human race. But slowly descends to despair from the trials and tribulations that heavily affect him, it enables Amon to slowly take control of his body as Armageddon draws near.

Classification: Human, Demon, Angel, Devilman, Other side of Satan

Range: Hundreds of Kilometers (Jack attacks are able to reach the whole El Dorado and Kanto with relative ease) | High Multiversal (Able to affect 5-D space while in 3-D space, able to travel from 5-D to 3-D with ease)

Retrieved from "https://fictionalcharacterbattles.fandom.com/wiki/Devilman?oldid=13872"
Community content is available under CC-BY-SA unless otherwise noted.